Yesterday I passed the 5,000 km mark for running this year. However, it wasn’t without a twist. I had two very light days on Wednesday and Thursday due to a ‘lightning’ trip to Perth. And, as has become something of the norm, my Achilles actually felt worse after that rest period. It doesn’t make much sense, but it’s a recurring theme.

So, instead of just launching back into normal running, this time I’ve decided to try something different – an extended rest period. I’ll still be running each day, but very short and light – initially just a couple of kilometres max. I will then gradually build up over December, hopefully to begin the New Year with fresh legs and no Achilles issue. Having already reached 5,000 km this year, I have nothing to prove by trying to push through. A decent rest could be enlightening. It’s something I haven’t had for about twenty years.

Six years ago I was well and truly on the Argentinian pampas. You can see from these photos just how flat the countryside was (and still is, of course). Although the road – the main highway between Buenos Aires and Santiago – doesn’t have a paved shoulder most of the time, the dirt or grass shoulder was fine for running. Except when the grass was long, which it was on this day. On other occasions I’m sure I must have almost stepped on rattle snakes many times (yes, they have them in South America). 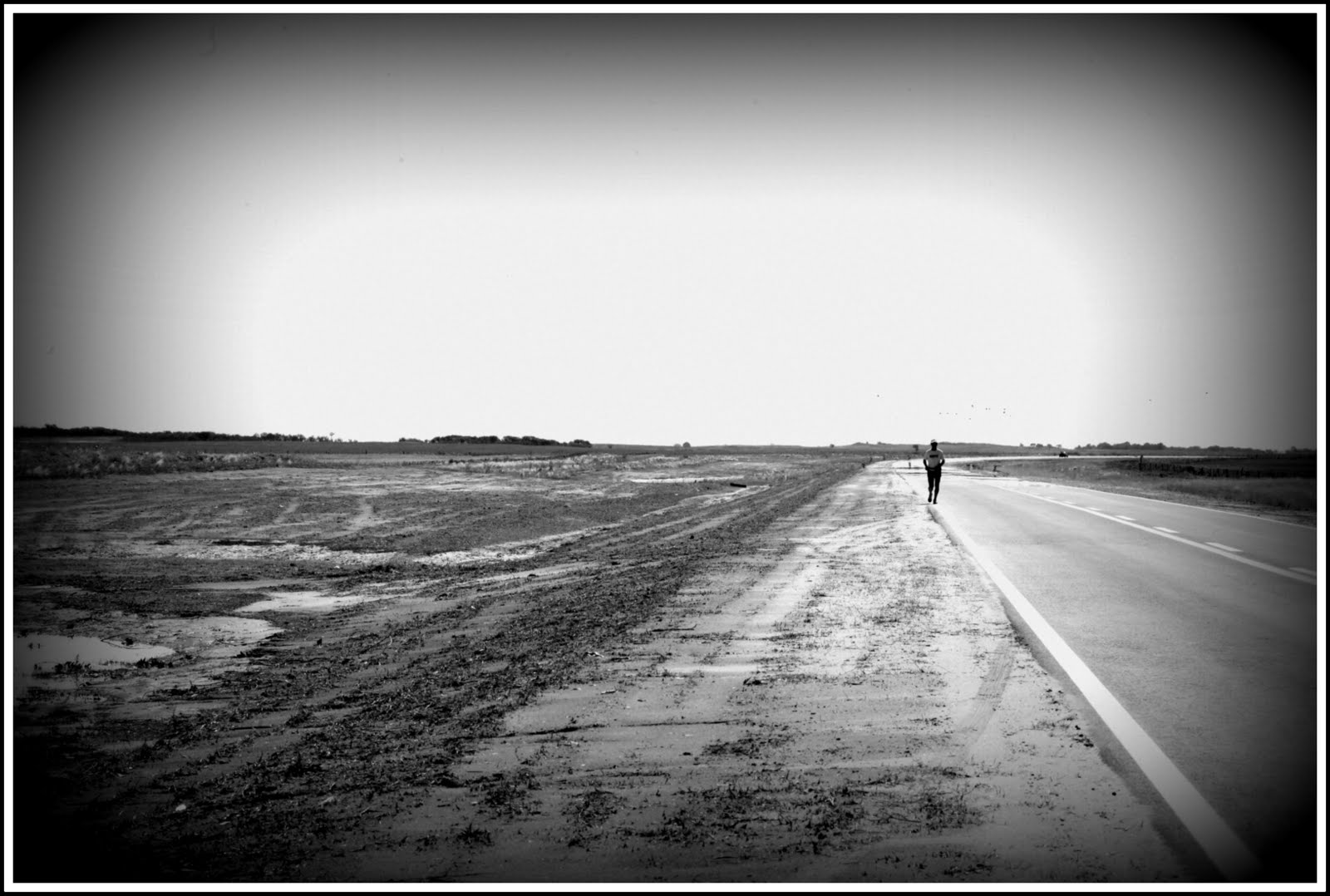 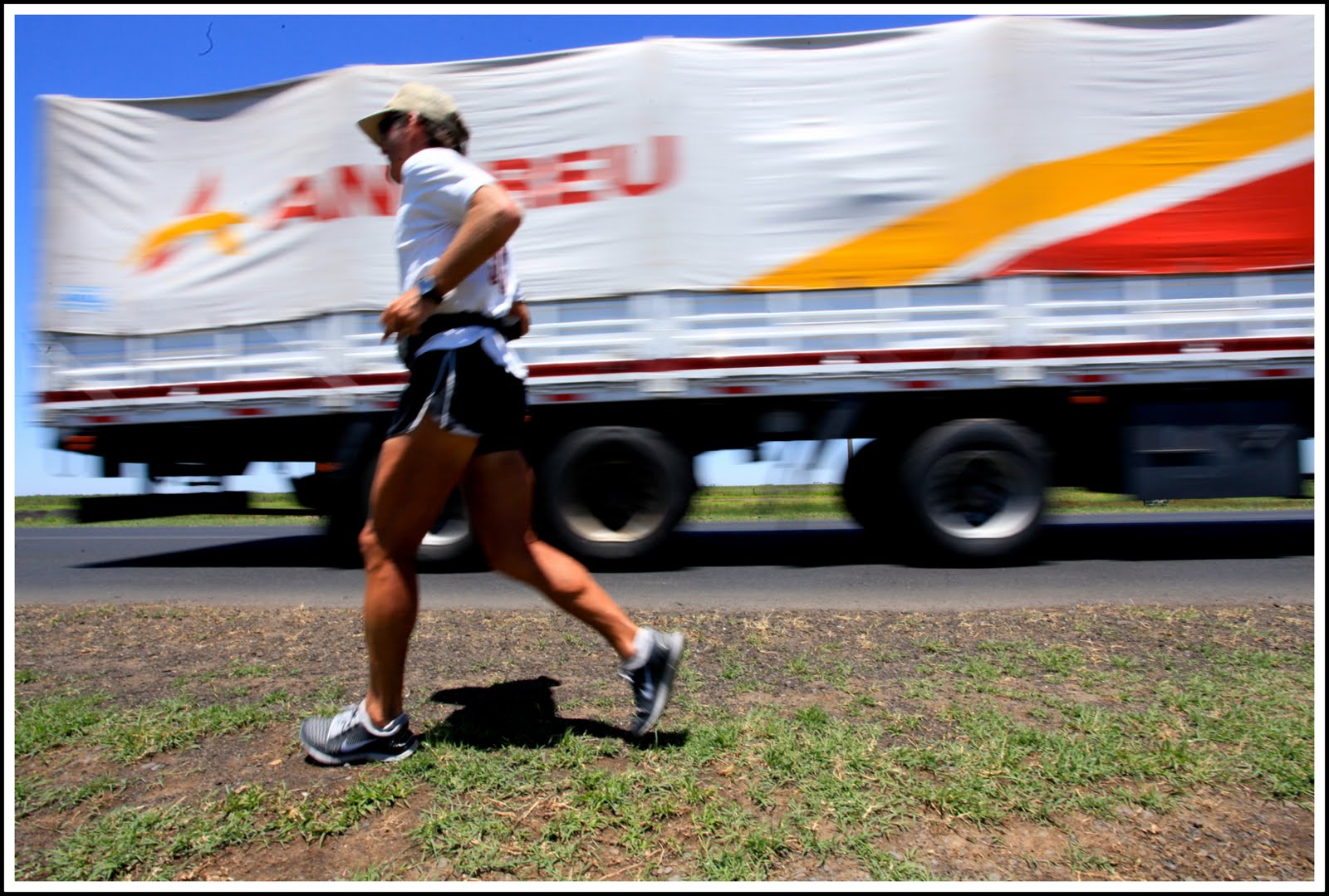 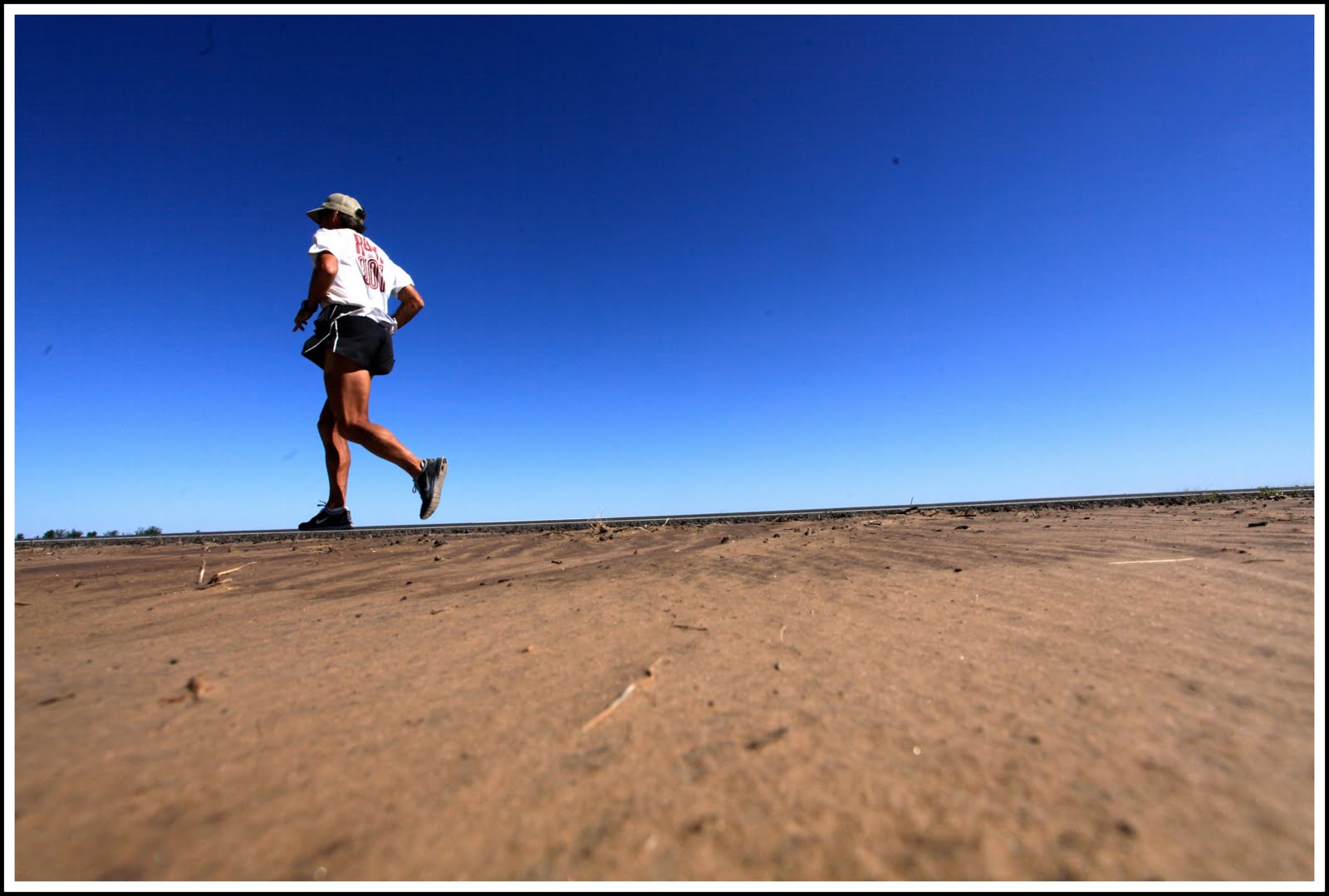