I’m writing this from Male, capital of the Maldives. Believe it or not, Male is one of the most densely populated cities in the world. I’m told the population is around 300,000, all crammed into 1 square mile. It’s very frenetic. The rest of the Maldives is supposedly much more relaxed. I’ve just enjoyed a run along the foreshore. There’s certainly a lot of ocean in the Maldives.

Today’s memories from the world run, however, are from Argentina. Below you can see some photos form this time in 2012. The first is of Mauro, his brother-in-law, and their children. We met them in the town of Vicuna Mackenna in central Argentina, and were invited to stay with Mauro in Buenos Aires when I reached the city. We duly accepted and had very nice time visiting Mauro and his wife Laura. There’s also a photo below of Forrest Gump being played with subtitles in an Argentinian hotel. It was nice to know I’d run along that exact same road only months earlier. 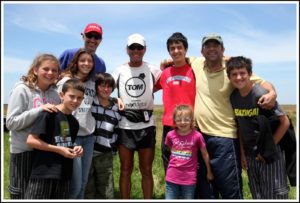 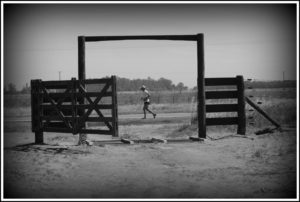