A more relaxed session today, in which I ran on the track, doing 100 metres fast, followed by 100 metres slowly. I logged about 3.5 km of this routine. Not as intense as a time trial, but I think it’s what I need at the moment, after setting over 60 PBs in every distance from 1 km to 10 km in recent weeks.

The world run offering for today is from Pennsylvania and New York State, as I made my way toward Niagara Falls. I had reached Buffalo by this date in 2012. The video is from a TV interview I did near the city of Erie. Again, at the time I was under the misconception that Guinness World Records had authority over events like running around the world. That is not the case, with the World Runners Association being the sport’s “governing body”.

I am drawing inexorably closer to Niagara Falls – only two days and I’ll be there.

Today was again spent along the shore of Lake Erie, although there was generally forest between me and the water. It was a cool day and rained a little, making it feel quite chilly. But I refuse to complain about the cold after the tribulations of this past summer. 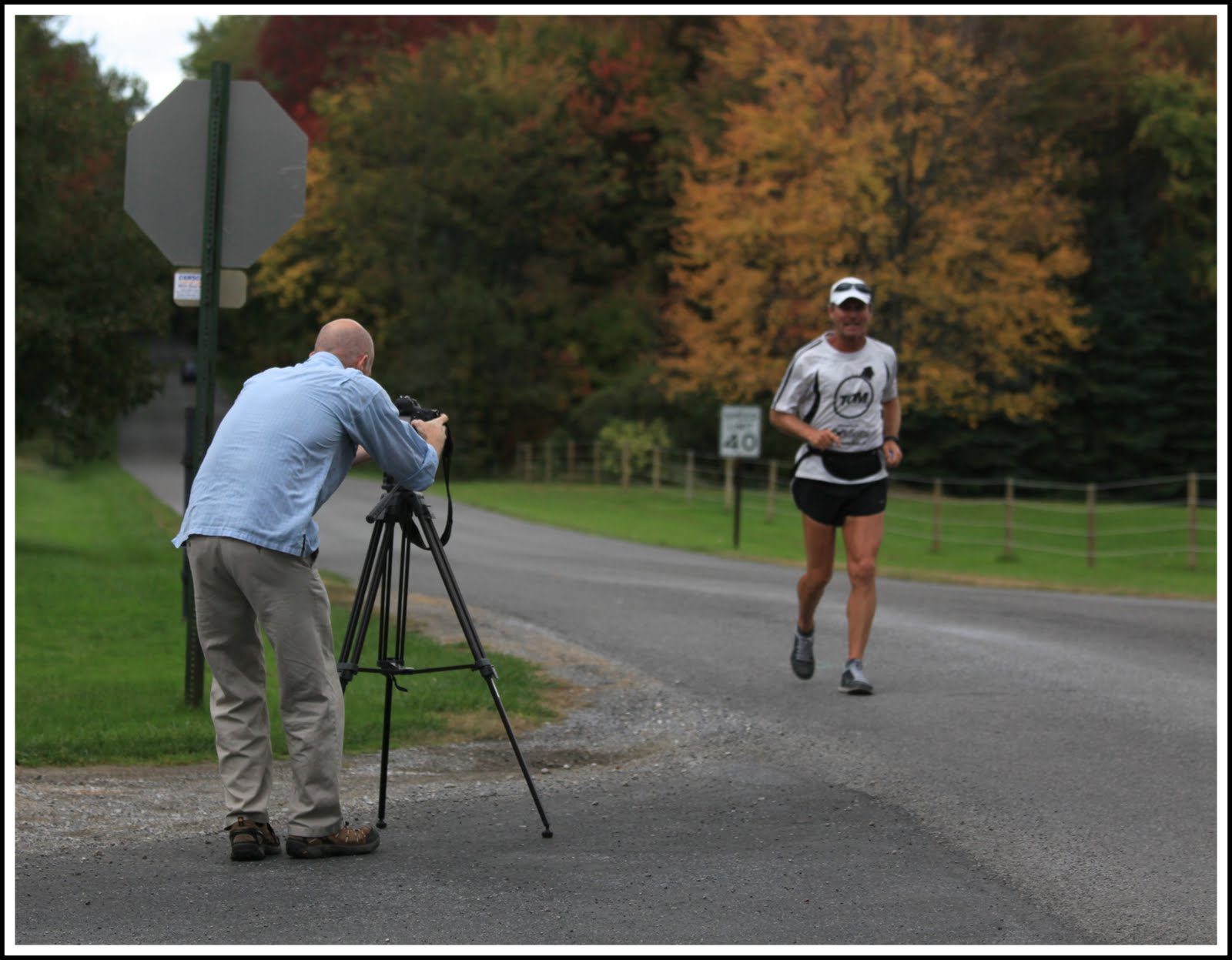 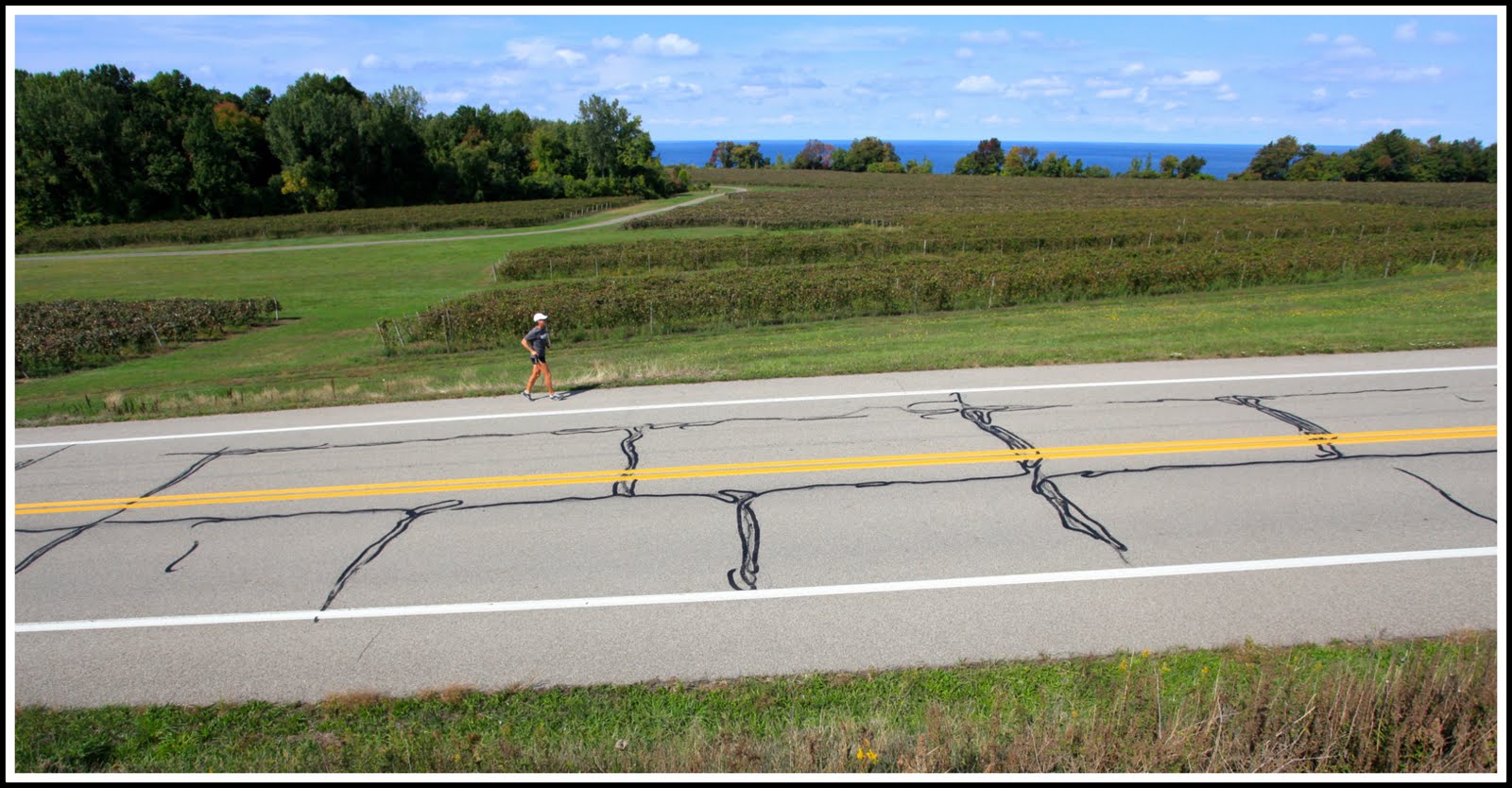 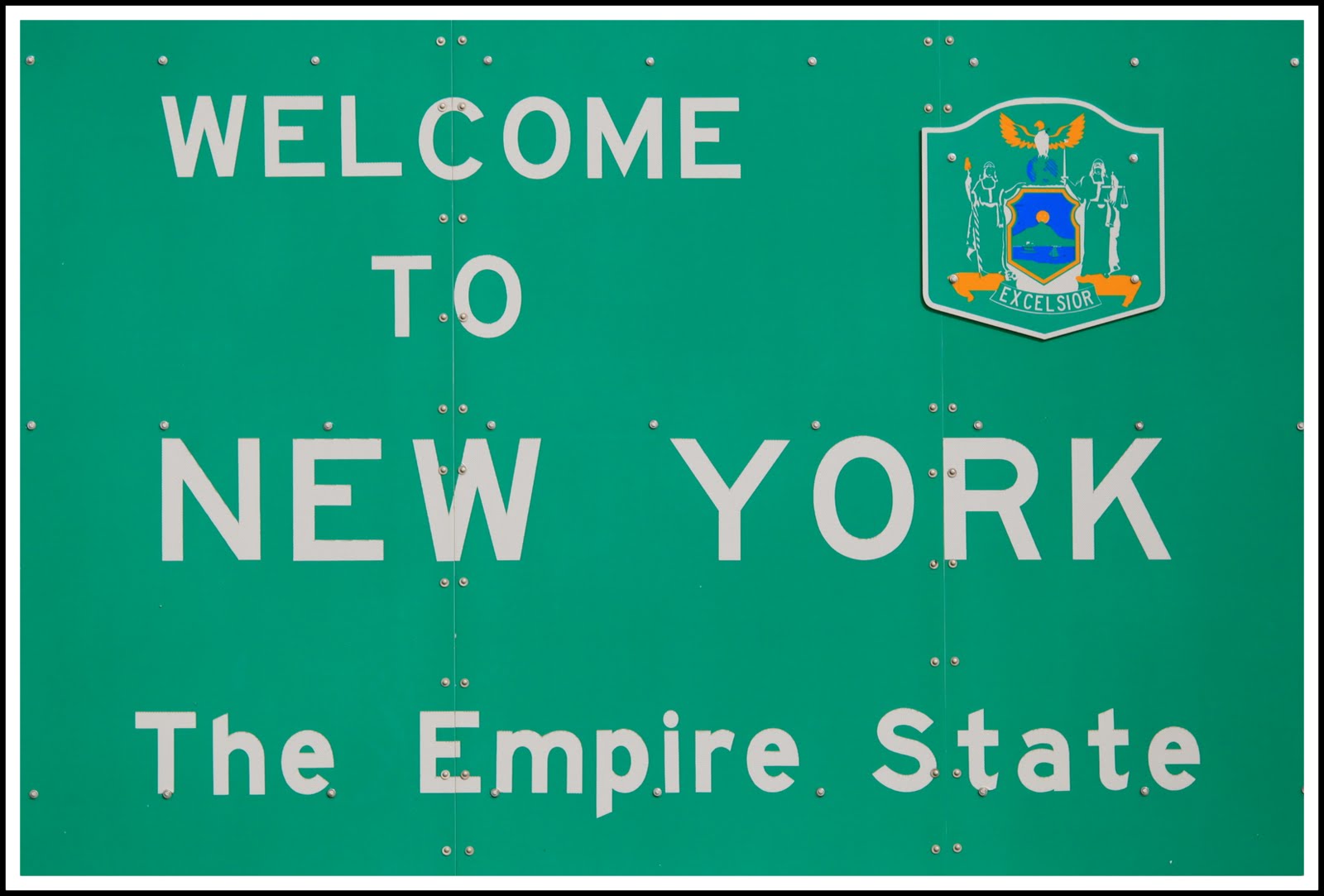 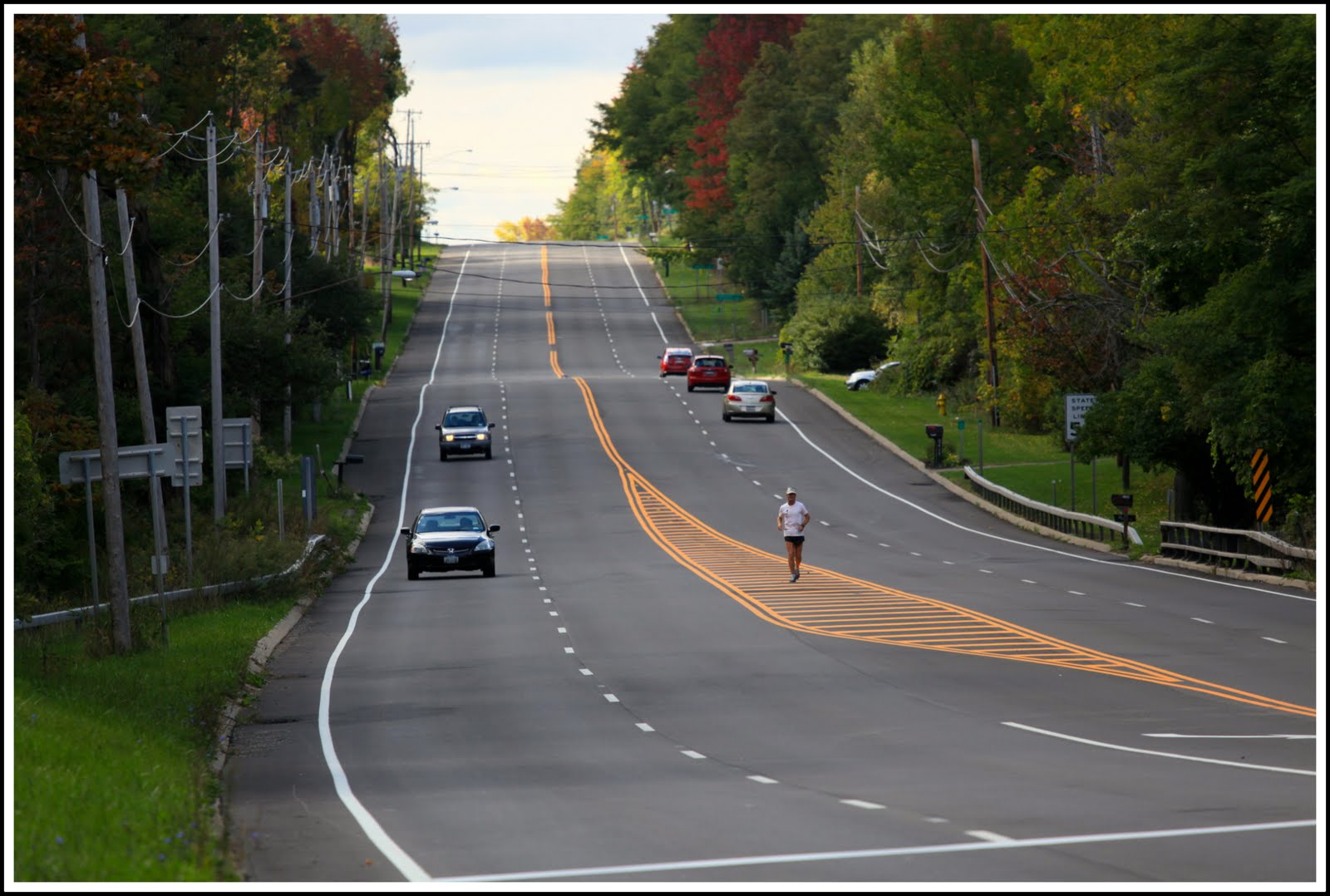