Autumn is a great time to be running in the north east of the US. Seven years ago today I crossed from New York State into Pennsylvania, this time over toward the east (I’d previously passed through Pennsylvania in the west of the state). The leaves were falling and the trees were multi-coloured.

Actually, Carmel had stopped to do some computer work in the car on the state line as I ran by, saying hello, as I headed down the road. A few kilometres later I received  call from her. Having worked in the car with the computer plugged in had drained the battery and the car wouldn’t start. Luckily, I was right out the front of a garage. I turned off my Garmin, and the helpful owner, Billy, drove me back down the road where he temporarily charged the battery, before we all returned to the garage. He then fitted a new battery (the old one was at the end of its life). Then I was back on my way. The delay was minimal, but it could have been much worse.

So, here are some photos from the day, mostly of me running through bucolic Autumn countryside, but there’s also one with an Amish horse and buggy and another of Billy charging the battery. And a fun video Carmel put together, featuring the world run to that point. 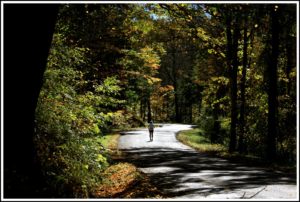 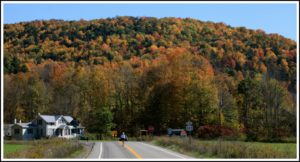 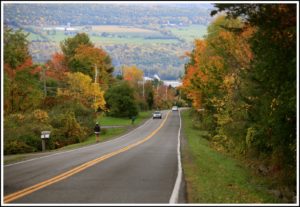 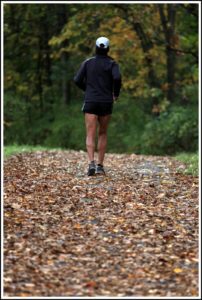