I have to admit, after a week of cycling, my legs are really struggling to get back into the routine of running. They feel heavier and more fatigued than they did at any time during my run around the world. Perhaps it’s because I did the Tour de Bois without any cycling training at all, other than one ride the week before. My legs had to adapt very quickly, and now seem to not know what it is they’re supposed to be doing. I’m hoping the feeling doesn’t last too long.

There are two videos from the world run today, both from New York City. I appeared on the Good Day New York program in the morning, followed by a lap of Manhattan island. The first video is from the program (ignore the reference to Guinness World Records) and the second was taken as I ran down Broadway and through Times Square.

Some of the photos are from that same day, with others taken a day or two later. One of the photos is with David Downie, my friend from our days together at the Global Roundtable on Climate Change. This was taken at David’s wonderful home in Connecticut, where we stayed with his wife, Laura, and their children. A bit of trivia – David and I were born just five days apart. 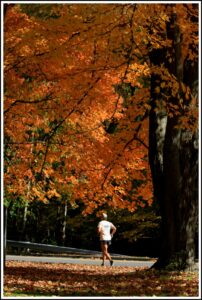 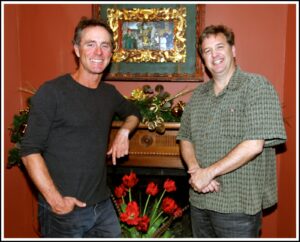 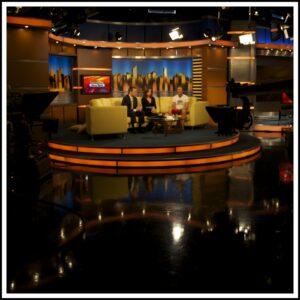 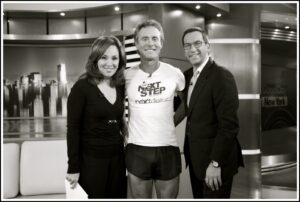