No fast running today. I’m going to have a bit of a rest, like letting a field have some fallow time. It will help with a few little niggles too.

The world run photos and video for today are spectacular. Lots of coloured leaves as the autumn set in. This was all in upstate New York, including along the Erie Canal.

It was a a very relaxing run, with forests constantly on both sides of the canal. Many of the trees are starting to change colour, making it a technicolour experience. And the towns and villages along the canal are very quaint and picturesque.

The first half of today was again along the Erie Canal, but the second half was on busier roads. Well, I guess I can’t have it perfect all the time.

It was pretty cold today, and tomorrow is supposed to be colder again. It was the first day since before summer that I’ve worn a long sleeve top. And I had a rain jacket on at times too.

I finished in the town of Canandaigua – a really nicely presented town, with sidewalks that are a pleasure to run on, compared to those in the mid-west towns I’ve been running through over the past few months.

Tomorrow I continue to head south-east through New York State.

Today was even more chilly, resulting in me wearing my jacket for the first time in months. I ran on very quiet roads through Amish country. The countryside was beautiful and I really enjoyed the day. I passed plenty of Amish horse and carriages, and many young Amish on bikes.

I passed a corral, and two pigs ran to the fence to greet me. They stuck their heads through to be patted, and then a dog jumped in with them and also came over to be patted. Something different!

Earlier, I had passed a little historical gem. In the middle of nowhere was a plaque, indicating that, in a house that stood on that spot, Henry Flagler was born in 1830. Who was Henry? He was a partner of J.D. Rockefeller in founding Standard Oil, the biggest oil company in the world at the time. He also built the East Coast Miami Railroad, and the bridges to the Florida Keys. The unexpected things you learn on the road!!! 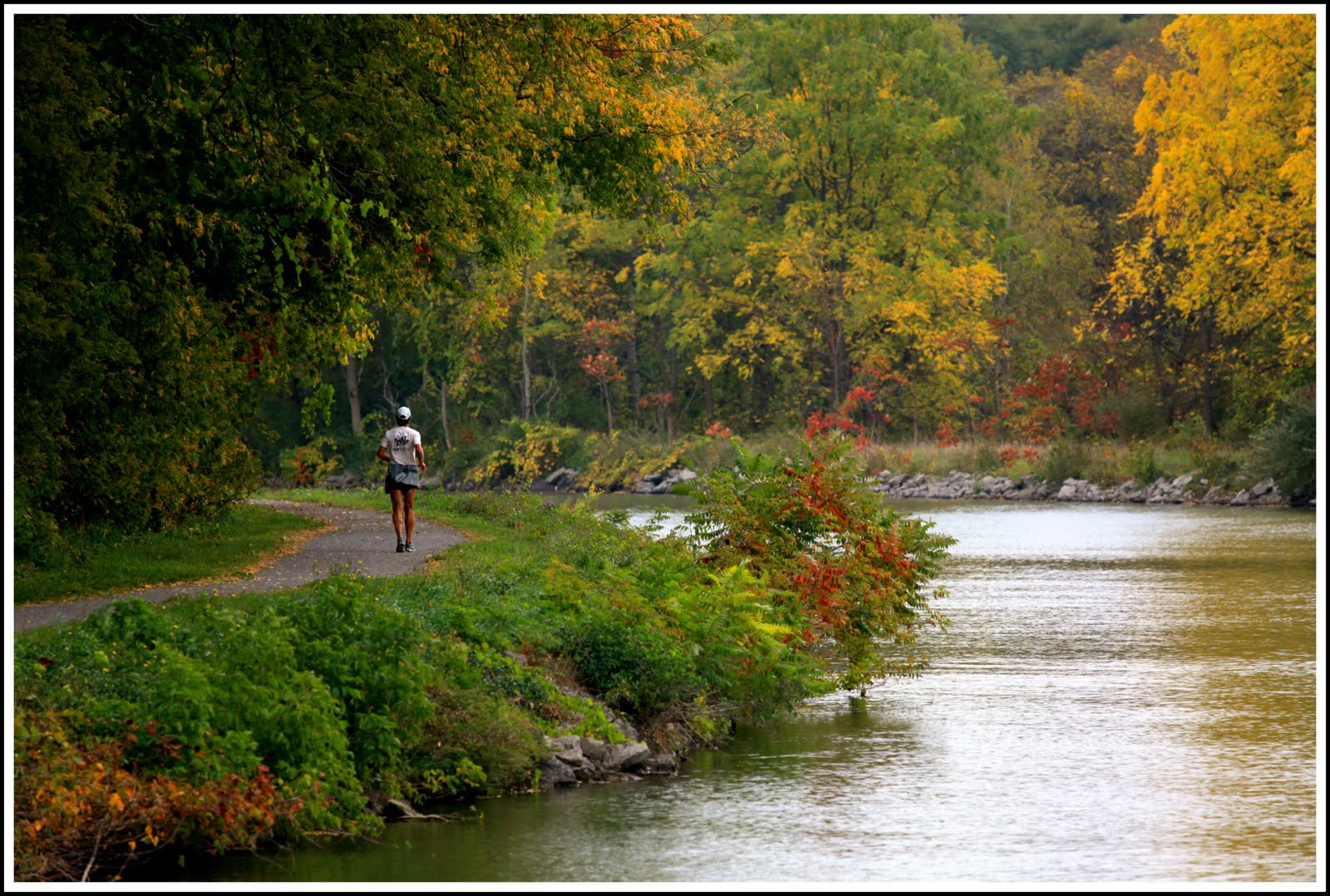 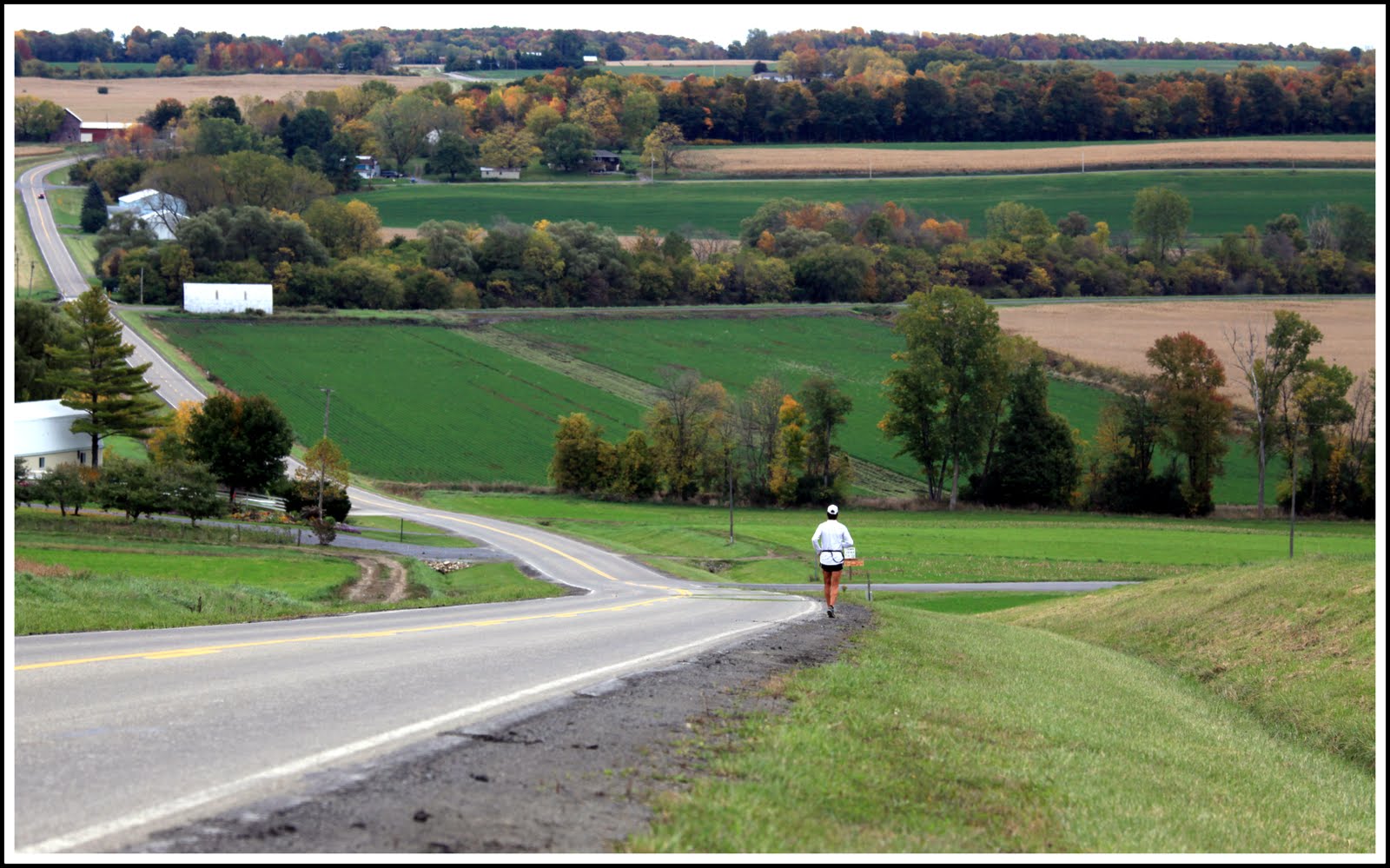 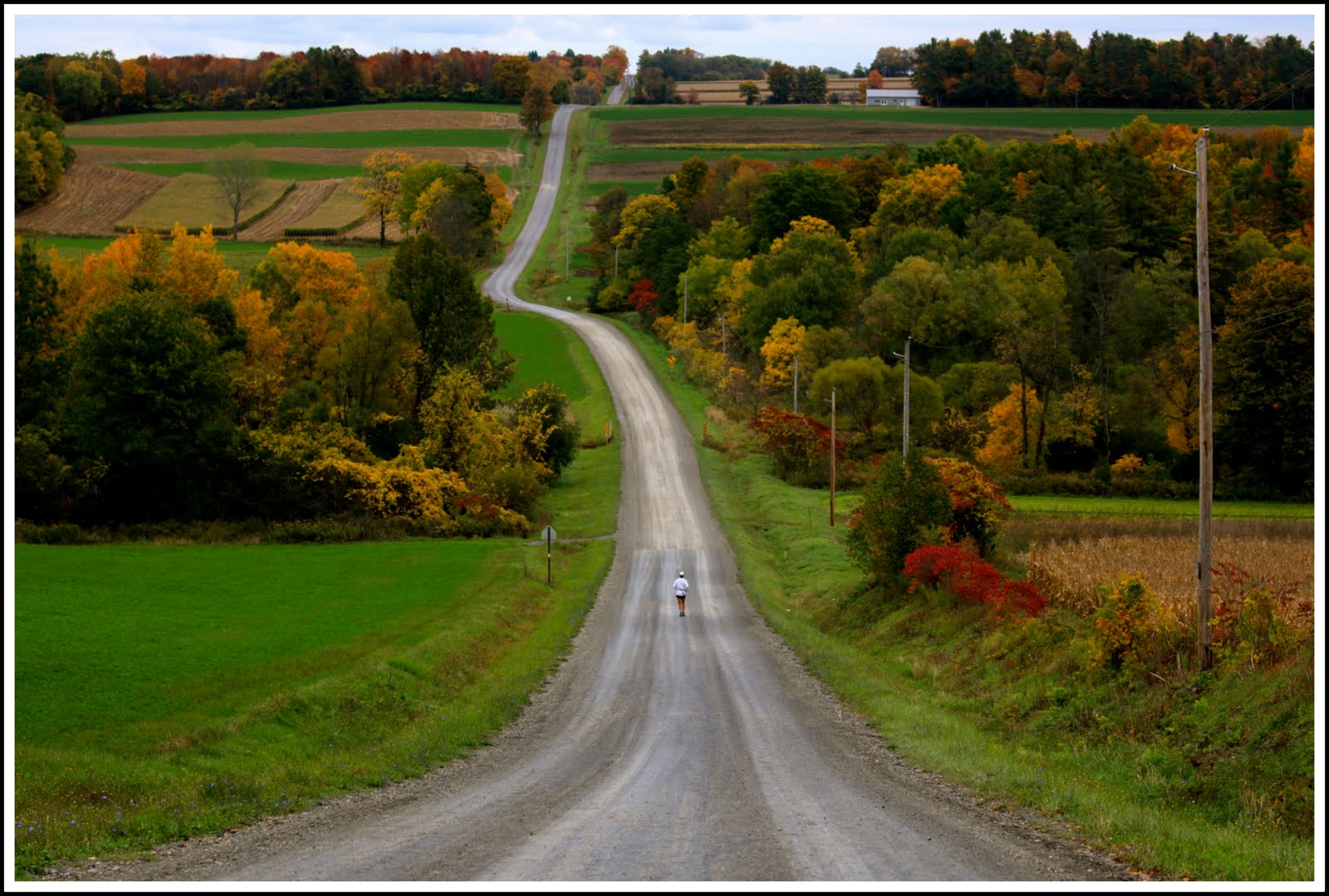 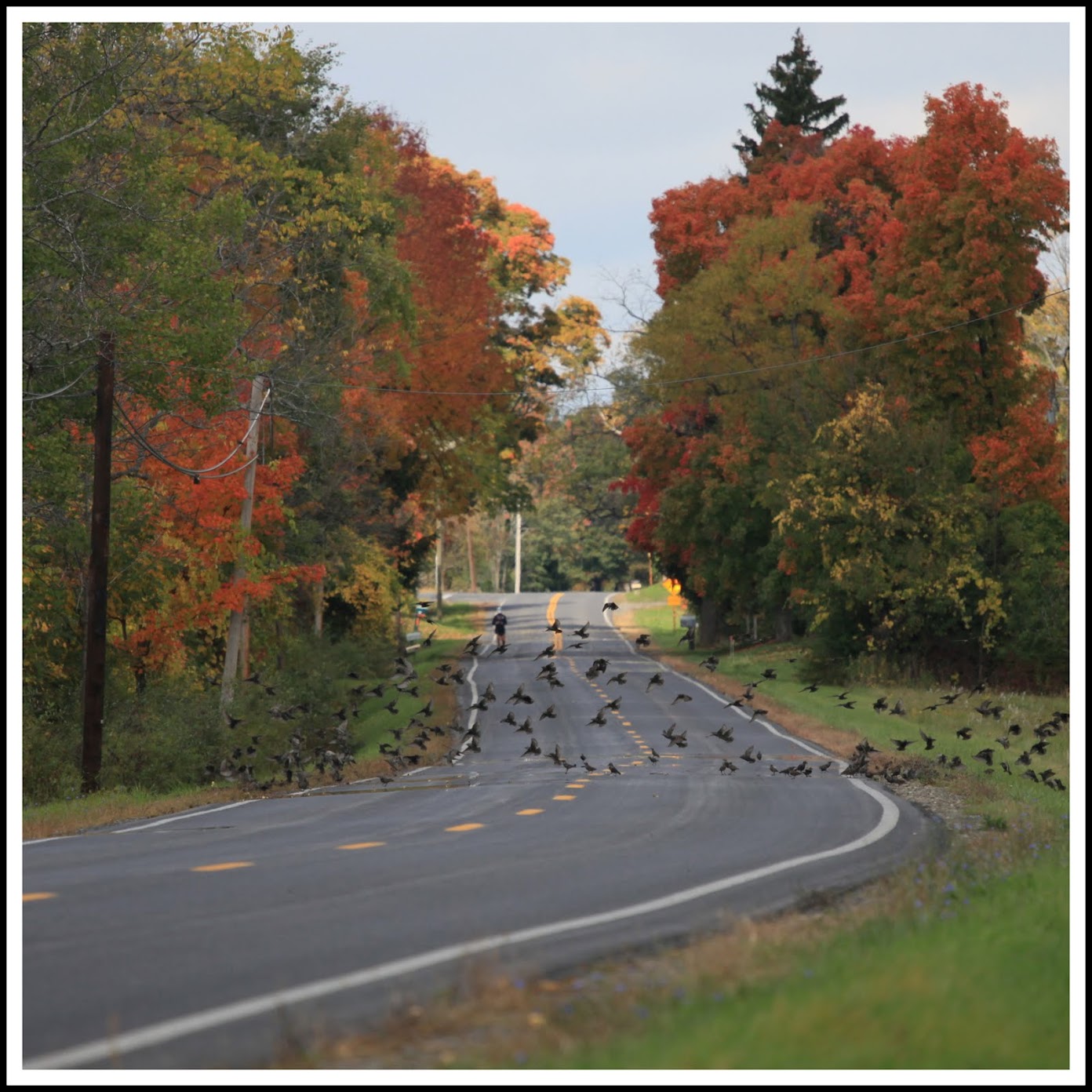 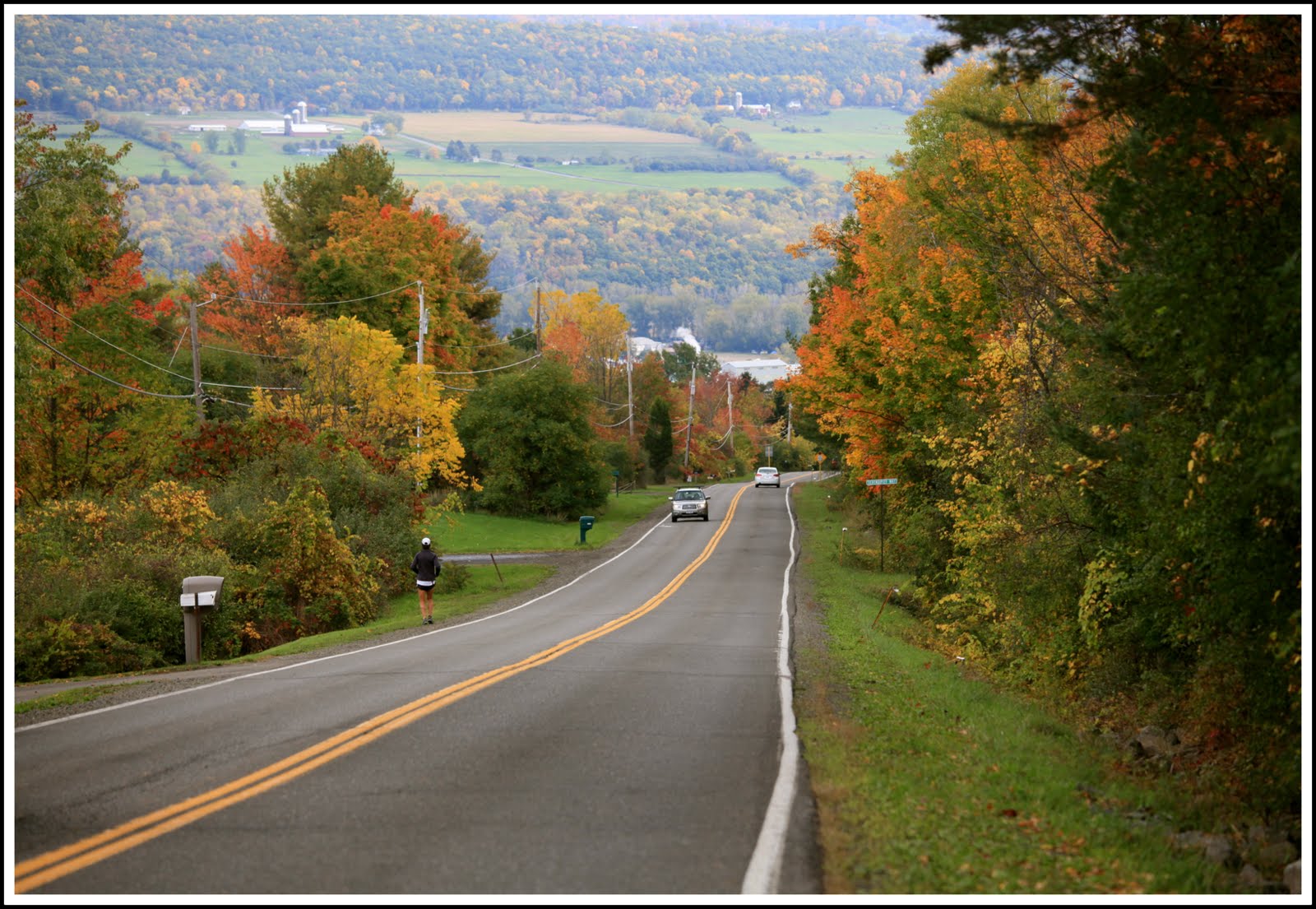