I’m in Darwin this weekend for the annual Pewter Mug Day. You may recall we celebrated the same day in 2013 in Streaky Bay in South Australia, during my world run. I was a bit worried that the heat and humidity would make running up here a chore. However, the ‘wet season’ hasn’t hit yet and it’s really quite pleasant. I had good mid distance runs both yesterday and today and hardly noticed the conditions.

The photo below is from this time five years ago, just days after I had finished running around the world. I was asked to a South Sydney Rabbitohs training session by the coach to talk to the players about the run. I’m 5′ 11″ in the old measure, yet I’m dwarfed by most of these guys, including Sam Burgess on my left and Greg Inglis behind me. The only guys I was taller than were Adam Reynolds and Isaac Luke, on my right. 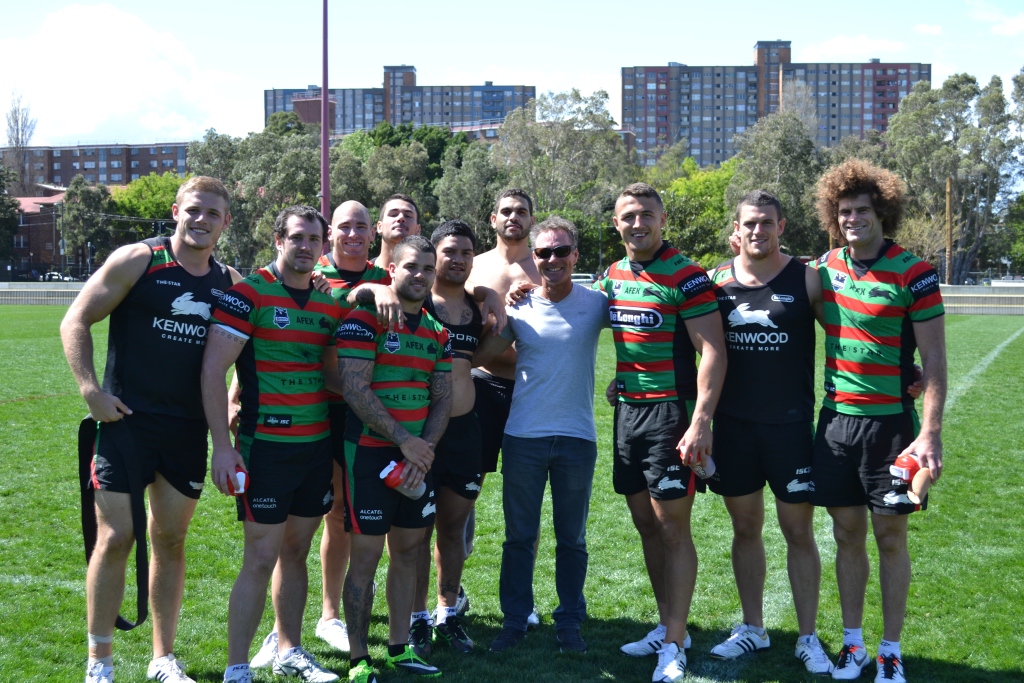