By this time in 2012 I had reached Lake Erie, the third of the Great Lakes I was to run by (I only ended up missing out on Lake Huron). In fact, on this date I crossed from Pennsylvania to New York State, right alongside the waters of the lake.

I did an interview with a journalist just outside the city of Erie, which you can see in the video below (I made the mistake of quoting Guinness World Records again – as you now know, it’s the World Runners Association that ratifies world runs). There are also several photos from the days before, including where I stumbled on a couple of girls out for a run, plus one of me reading the local newspaper story about my run. 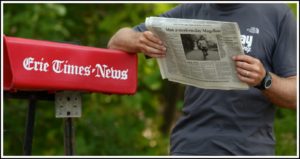 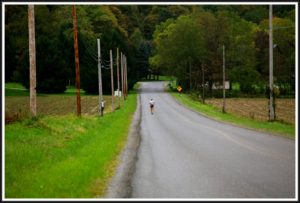 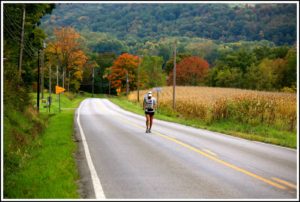