I still have very heavy and tired legs, making running a bit less enjoyable than usual. Oh well, the solution is simple – take it easy for a couple of days.

I’ve been contributing articles to the Running Heroes site for the past couple of months. You can see these on http://au.runningheroes.com/blog/. My articles are the ones about running at elevation, running in the morning or evening, and setting goals.

The photo for the day is of a lovely old deserted farmhouse on the North Island of NZ. I saw many such buildings during my world run. 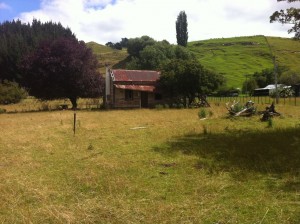