My world run historical posts will be coming to and end soon. Like Lootie recently, my run finished at the Sydney Opera House on Sept 13, 2013, so there will only be a few more posts reliving the run in such detail.

I’ll then have to think of something else to post about. I have a few ideas. In the meantime, the memories below are from central NSW nine years ago.

The last couple of days have been quite a bit warmer than any other day so far on the run in Australia. It has only been about 23C in the shade, but in the low 30s in the direct sunshine.

I’m writing this from out on the road, where there is some internet reception, so I’ll keep it short.

It was another day of perfect weather, brilliant fields of yellow canola, and lots of hills. Kate ran the first 15 km with, before she, Tony, and Sue headed home to Sydney. It was great to have her along for a few days. She ran a total of 61 km with me, which puts her into second on the female aggregate list, behind Sylvia.

The rest of the day was uneventful, other than a nice welcome to the town of Binalong, where a local set up a finishing “ribbon” for me to break as I crossed the line into town. Carmel will post photos of this when she gets reception. 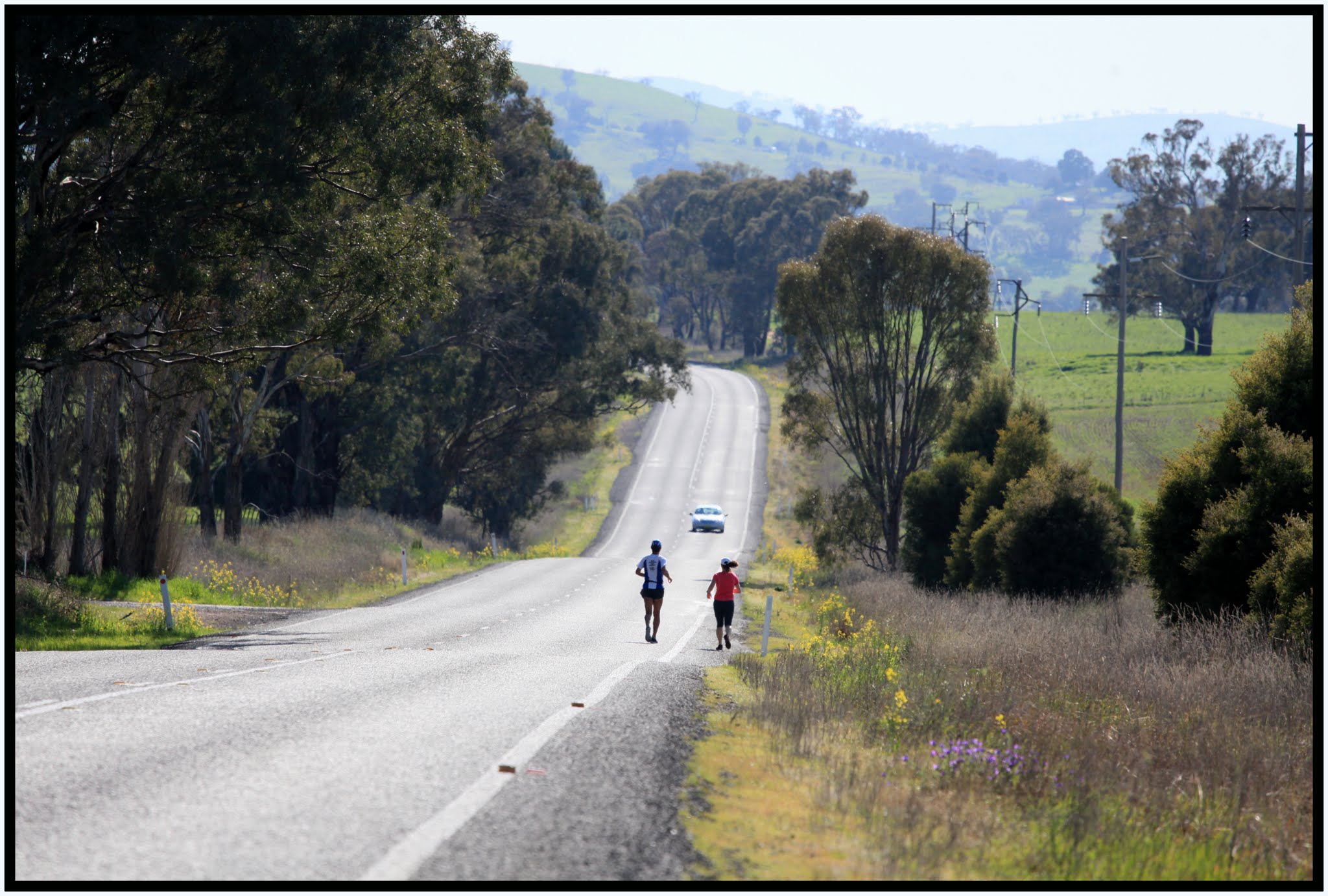 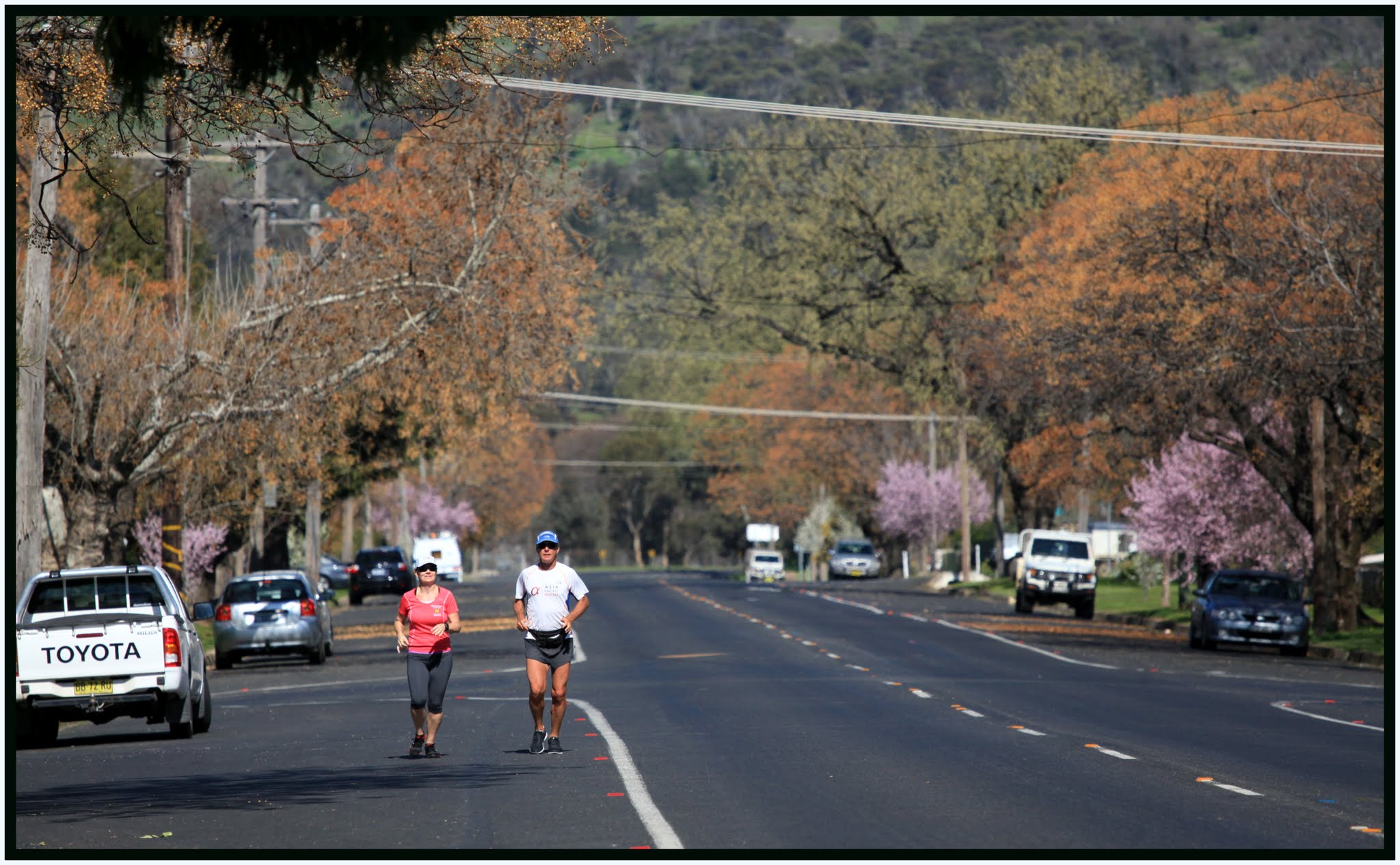 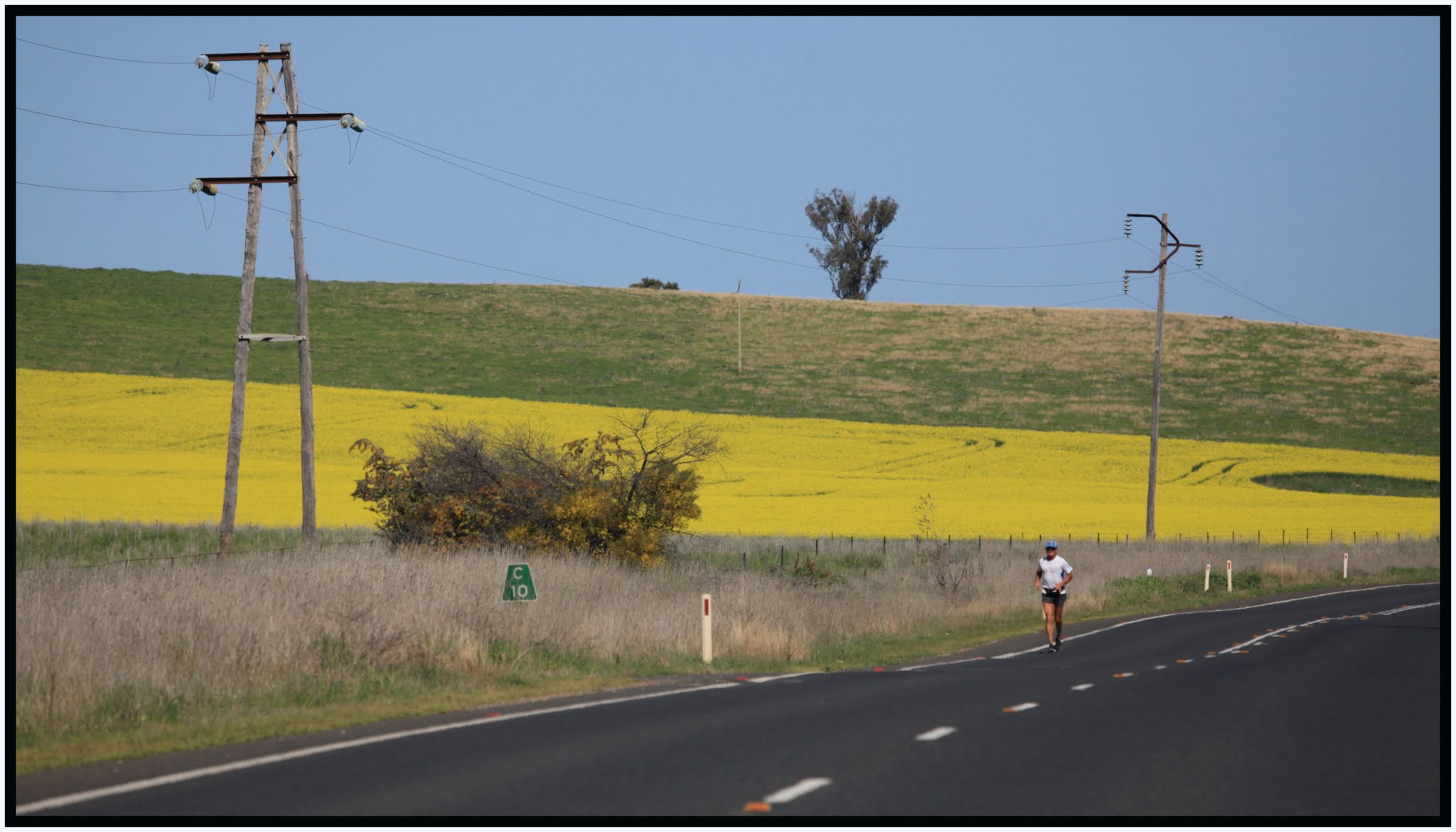 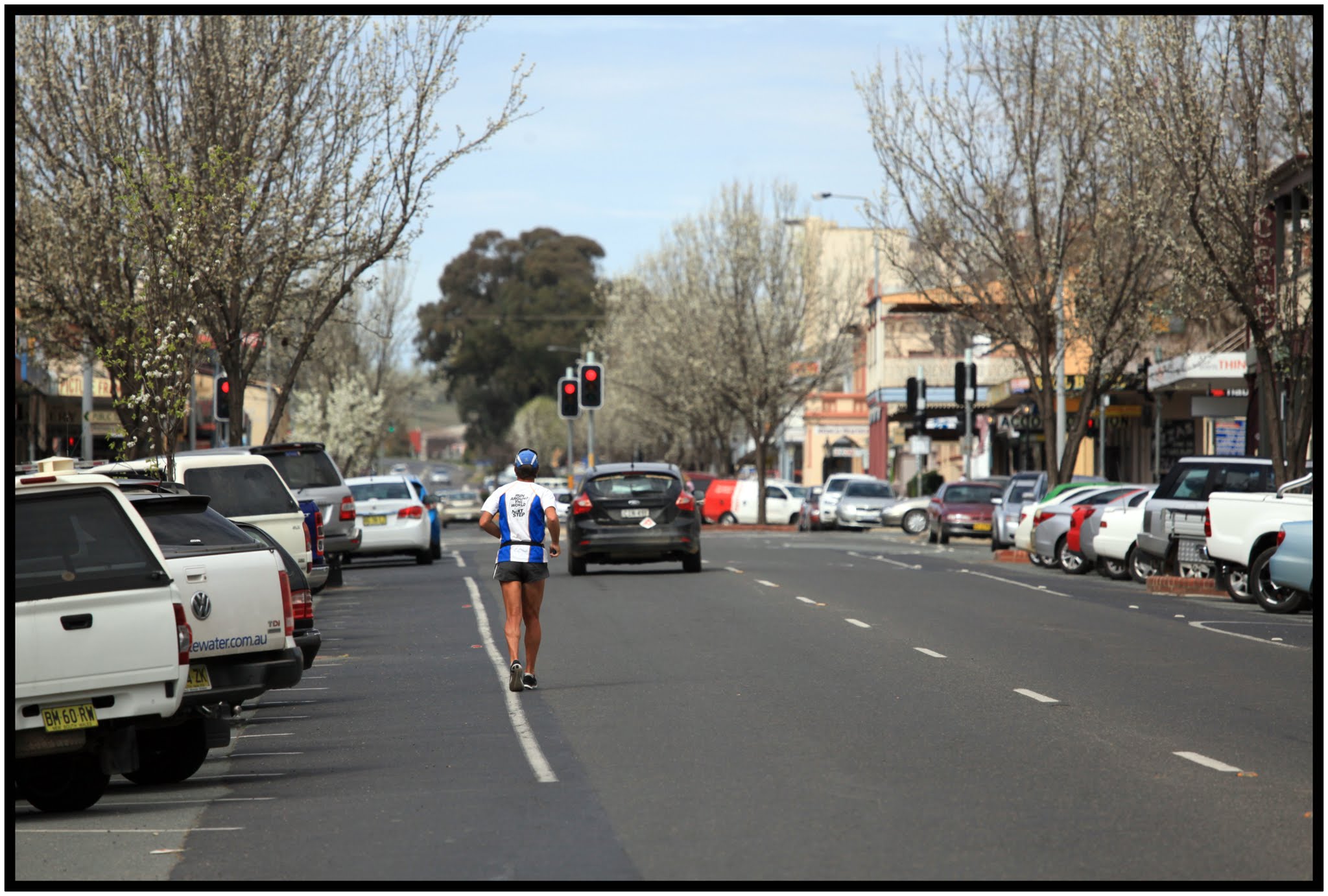